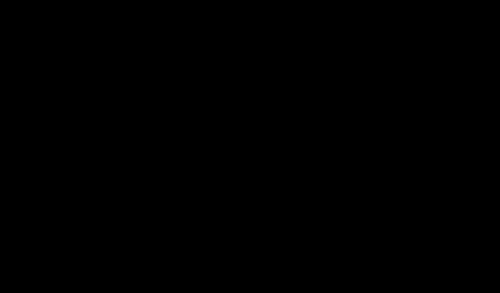 The Sikhs settled in the State of Johor in the late 19th Century. Most of them were employed in the Police Force and some of them served in the Johor Sultan’s Guards.

On 5th April 1916, the Sikhs requested for a piece of land from the Johor Police Commissioner to build a Sikh Gurdwara. On 10th February 1921, the present site was gazetted as a temple reserve. This land was very muddy and swampy. The Sikhs filled up the land with sand and stones and upon this they constructed their first Sikh Gurdwara in late 1921.

The Gurdwara Sahib Johor Bahru was not used from late 1940 to 1945 due to the effects of the Second World War at which period the Japanese occupied Malaya and Singapore. The Sikhs from Johor Bahru and Singapore were forced to flee to Skudai, Senai, Kangkar Pulai and Pontian.
In 1956/1957, the second Gurdwara building was constructed at a cost of about RM45,000.00. This was a two storey concrete building. The Darbar Sahib was located on the first floor while the ground floor was used as a langgar hall.

By the 1980’s, it became necessary to construct a new larger Gurdwara Sahib building to cater for the growing Sikh sangat. The then President, Sardar Mokkam Singh and his committee played an important role to raise donations to commence the construction of the new building. The Granthi, Baba Amarjit Singh, laid the foundation stone in January 1990. The new Gurdwara Sahib was finally completed about 2 ‘/2 years later and officially declared open by Sardar M. Amar Singh Sandhara on 28th August 1992. The Darbar Sahib is located on the first floor. The Granthi quarters and two rooms for Sikh visitors are located at an annex on the first floor. The Guru Ka Langgar hall, kitchen and office are located on the ground floor. The cost of the new Gurdwara Sahib building came to RM$1,300,000.00. The State Government of Johor donated RM$150,000.00. The Lee Foundation donated RM$100,000.00 while the balance was raised from donations received from the Sikh sangat in Malaysia and Singapore.

There is a Sikh Assistant Registrar of Marriage at this Gurdwara Sahib who may officiate at the marriage ceremony, if called upon to do so. However the actual marriage ceremony is conducted by the Granthi in accordance with Sikh religious rites.

This Gurdwara is managed by an elected committee, which comprises of the President, Secretary, Treasurer and their assistants as well as ten committee members.

There are presently 22 Sikh students who study Gurwukhi in this Gurdwara Sahib on Mondays, Wednesdays, Fridays, Saturdays and Sundays.
Giani Gurdit Singh Ji Ghali Village Ghal Kalan. Ferozpur served as a Granthi for nearly 22 years in this Gurdwara from 1950 to 1972.

This Gurdwara Sahib is situated in the heart of Johor Bahru, the capital of the State of Johor. It is a beautiful landmark for the Sikh community.
There are about 250 Sikh families who participate in the religious activities in this Gurdwara Sahib. The normal weekly prayers are held on Sundays from 9.30a.m. to 11.30a.m. The Sikh Naujawan programmes are held on Saturdays from 6.30p.m. to 8.00p.m. The Isteri Satsang programmes are held on Tuesdays from 2.30p.m. to 4.30p.m.